In the letters for Case No. 033 (Taking Dead Aim), Jeff, a law school student in New York, responding to another reader who said he thought there was no such thing as an ethical lawyer, wondered in response, “If, perception-wise, we have three strikes against us already the moment we pass the Bar, what possible motivation could we have to do as you have asked us so often and so eloquently to do, act as gatekeepers to the system? What purpose is there to preserving whatever positive reputation we think we have if in reality we have none at all — if when we plead ‘stereotyping’ we’re simply slapped down as blind to our own faults? What else is left to do besides retreat into our own practices, act as ethically as we feel we can, and ignore all the other lawyers’ behavior?”

There was plenty of response to Jeff’s questions.

Marcus in Wisconsin: “Behaving as negatively as people believe you behave is no excuse. If my wife thinks I’m cheating, I have a free pass to have an affair? So if someone thinks I do drugs, I can? Or should?? It’s called morals and ethics. What’s right, and not [merely] what’s legal. I think the problem with many, many lawyers is that they work the law. The law says it is wrong to kill, but what if you’re being attacked? Well, that’s okay, so they claim the defendant was being attacked [or] figure a way to make it seem so. I witnessed a lawyer going berserk in a video store, refusing to pay for three movies he rented because he never watched them (even though they were a week overdue). So if I buy a car and never drive it, I can get out of the payments? Lawyers make their living arguing one side of a problem. Hence, they never believe a single rule has a single definition. So if any aspect of an argument can be right and they may, at any time, have to argue either side to make their living, their judgement must become flawed over time.” 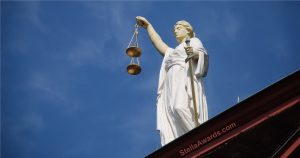 Carl in New Mexico: “Lawyers are paid to make the bad look good, or at least reasonable. Is it any wonder that some of them buy into their own propaganda and can justify any action they take as ‘good’?”

Kelley in Virginia: “Is Jeff saying that because the public already has such a poor opinion of lawyers that lawyers then are justified in abdicating any responsibility for altering that reputation? Isn’t this more victimhood? (It’s not our fault! A few bad apples have ruined it for the rest of us! You already think badly of us, so we’re just going to go away and pout!)”

Susan in North Carolina: “I just wanted to remind people that there are honest lawyers out there. I worked for one for over a year. He turned away several personal injury cases, telling the potential clients that they had no case. He refused to join with other attorneys because of his ethics. And I personally typed up a letter addressed to the Bar Association regarding an unethical attorney who offered to sell his client out (for a fee, of course!) I know it’s hard to believe, but [ethical attorneys] are out there, just as there are doctors who care more about their patients than their pocketbooks.”

In his letter, law student Jeff also pointed out, “An overwhelming majority of attorney ethical violations are reported by attorneys.”

Mike in California: “Then why isn’t anything done about it by said attorneys or the courts?”

It’s a good question — one that I’m not qualified to answer. It so happens that I have a friend who is qualified, though, and he was one of the first people to sign up for TSA (and recommend it to his clients).

Russell Waters of California is the President of PALMS — the Practicing Attorneys Liability Management Society, Inc. — which helps lawyers avoid (or repair) ethical problems. I sent Mike’s question to Russ and asked him to answer it. Russ replies:

There is indeed a discipline organization at work in every state. They are usually an arm of the state supreme court and administered by a voluntary committee appointed by the court to include both lawyer and non-lawyer members. Members of the Bar, including judges, as well as any member of the public, may report any unethical behavior to them.

Allegations are taken seriously, and one of several courses of action taken after investigation. In many instances it is merely that a client was unsatisfied with a result (the “my lawyer did not get me off the drug charge when all I had was a pound of heroin” kind of complaint is usually quickly dismissed). More realistic cases can result in a private or public reprimand. The most serious cases warrant suspension or even disbarment.

Even in cases where the lawyer is not technically in violation of an ethical rule, many state bar associations have professionalism committees where poor conduct can be brought to the attention of a committee member, who will then contact the offending lawyer to try to mentor him in the particular area of concern.

As you might imagine, lawyers are not pleased with the level of confidence the general public has in either lawyers or our system of justice. Bar organizations do work to improve the public’s perception of the profession. Nonetheless, issues confronted by the system are difficult, ever changing and, by their very nature, adversarial.

Regarding frivolous lawsuits, lawyers are subject to Federal “Rule 11″ sanctions for “uncivil” behavior (filing frivolous suits, burdensome discovery, and too many objections that are not well grounded). Most states have enacted rules similar to this federal rule. There is also always the threat of a later suit against them and the client for malicious prosecution.

So the answer to “why isn’t anything done about” attorney ethical violations, there is! It’s just not very visible to those not reading the professional publications.

That’s some good insight to a process that is designed, I’m sure, not to be too public. So here’s a question for the lawyers and others that have an inside view here: what can be done to improve this process and make the profession more accountable? (Or provide a good argument as to why it doesn’t need to be more accountable.) Since here’s that public perception thing again: as we’ve seen in this space again and again, The Court of Public Opinion is “sure” there are plenty of attorneys out there that are skirting and abusing the ethics/disciplinary system, unafraid of relatively toothless Bar Association committees.

My 2020 Thoughts on the Subject

As you might guess, there is plenty more on lawyer ethics coming in future reposts. I hope Jeff has a great career going, and is one of the really ethical lawyers! Meanwhile, I’m extremely confident that here in 2020, readers will have plenty to say about attorney ethics in the comments, below.