Caesar Barber, 56, of New York City is 5-foot-10 tall and weighs 270 pounds. He says he is obese as a result of eating burgers, chicken and other fast food from various national restaurant chains four to five times per week. He continued chowing down the high-fat fare even after he had a heart attack. Then he had a second, and is a diabetic, and still didn’t put two and two together. Why?

“They never explained to me what I was eating,” Barber complains, ignoring the irony of not looking at what he stuffed into his mouth. For years, fast-food companies have had nutritional information, including fat content, available to consumers who ask. Those too embarrassed to ask can check the companies’ web sites. Apparently, Barber never bothered to do any of that. Should the restaurants be liable for his failure to utilize those resources to learn what he was eating?

Absolutely, says Barber’s lawyer, Samuel Hirsch. “It’s a question of informing the consumers,” he says. The restaurants have an “obligation” to warn their customers that eating their food can be “dangerous.” Apparently they were supposed to hold him down while he read the pamphlets tucked into the information bin on the wall, turning the pages for him and administering a quiz at the end. 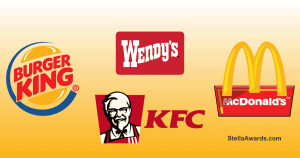 Whoops, back up! Did you notice you haven’t heard from Barber, but rather his lawyer? Certainly Barber is obese, suffered heart attacks and got diabetes not because of any action he is responsible for, but rather because of the dastardly, underhanded, profit-seeking actions of McDonald’s, Burger King, Wendy’s and KFC (who “profited enormously,” lawyer Hirsch says.)

Barber filed a lawsuit against the restaurant chains in the New York State Supreme Court seeking unspecified damages (read: “money to go — and Super Size it, please!”) The suit was filed not just for himself, but — thanks to class action status — for any and all other New Yorkers who were obese and suffering health problems after pounding down fast food. Fast food that they stopped to get, that they ordered, that they paid for, and that they ate, all without being at gunpoint.

The suit claims that the restaurants did not “properly disclose” their food ingredients nor the “risks” of eating junk food day after day after day. They sold their high-fat, high-sodium, high-sugar, high-cholesterol menu items even though studies show a link between overeating such food and obesity, coronary artery disease, hypertension, strokes, cancer and diabetes — studies that have not been kept secret from the public at large. Yet Barber was shocked (shocked!) to discover that it wasn’t healthy to eat such food in the quantities he consumed after suffering from two heart attacks and the onset of diabetes.

“To win his suit he has to convince a jury or a judge that people are too stupid to feed themselves or their children,” says John Doyle of the Center for Consumer Freedom, a restaurant trade group. “If people are so stupid, should they be allowed to vote or go to work in the morning?” And if Barber did win, would Americans be allowed to choose what to have for lunch, or would they have to sign a release before ordering?

Naturally, others dismiss such common sense approaches. Barber’s lawsuit “has a great deal of potential,” said Prof. John Banzhaf III of the George Washington University Law School after it was filed, even though “we know from the tobacco litigation that initial suits have real difficulties because the public has real problems accepting new ideas and new concepts.” But by filing lawsuit after lawsuit, trying one novel legal theory after another, juries finally came around and the tobacco companies had to pay. Banzhaf said he would act as an advisor to Barber. Perhaps he would argue that adding salt was similar to the tobacco companies adding nicotine to help addict smokers?

Barber’s case drew others in, despite it already getting class-action status. A similar suit was filed in federal court by group that included a 400-pound 15-year-old boy who ate at McDonald’s every day. It didn’t take long for that case to be thrown out. U.S. District Court Judge Robert Sweet ruled that “legal consequences should not attach to the consumption of hamburgers and other fast-food fare unless consumers are unaware of the dangers of eating such food.”

Ummmmm… doesn’t that leave the question open? The suit can be filed again if it is amended to address the judge’s objections. How likely is that to happen?

“They are a talented and determined group of attorneys not to be underestimated,” said New York attorney Thomas Bezanson, who proclaimed himself “delighted” at Judge Sweet’s ruling “because it is so utterly correct.” So will there be more such McCases? “You can be sure of it,” he says. Forget the restaurants: every American should take that as a threat.

When Judge Robert Sweet of the U.S. District Court for the Southern District of New York dismissed the case, he ruled that “If plaintiffs were able to flesh out this argument in an amended complaint, it may establish that the dangers of McDonald’s products were not commonly well known and thus that McDonald’s had a duty towards its customers.” Attorney Hirsh promised to do so, but tried to appear altruistic about it. “Contrary to what many may think,” he said after the ruling, “we are not looking to get rich from a large money settlement. We are proposing a fund that will educate children about the nutritional facts and contents of McDonald’s food.” Uh huh.

Despite all that, Barber’s suit was never re-filed: a consultant on the case decided that they needed a more appealing plaintiff, and settled on two teen girls. That suit stayed alive until 2010 before it was finally withdrawn after the judge refused to grant class action status. In other words, no possibility of a giant payoff. So much for altruism.

This case was a “runner-up” for the Stella Award for the most frivolous case of 2003.

“To win his suit he has to convince a jury or a judge that people are too stupid to feed themselves or their children,” said a spokesman for a restaurant trade group. Right he was.

F.I. in Oregon: “I’m not sure that blaming the lawyers is completely appropriate. I have long been against most proposed ‘tort’ reform because it tends to be written by mega corporations to prevent abused consumers or employees or patients from seeking legitimate redress in court. I believe the lawyers are partially to blame for taking and sometimes encouraging abusive cases. However, I think the greater blame must be placed on a society that no longer honors personal accountability, responsibility, or honor. We have CEOs and CFOs walking away with billions they stole from consumers, stockholders, and employees; and patients who insist doctors prescribe medication instead of taking responsibility for their own health by changing their diet and exercising. We teach our children to make good scores on standardized tests rather than how to learn and how to think. Vast numbers of Americans have allowed television to dictate how they think, what they know, and who they believe is important in this world. The Stella Awards cases are a symptom, not the problem.”

I totally agree, which is why I say reform won’t be simple. Indeed most tort reform organizations have very specific agendas which address what specifically ails them, rather than the big picture, and it would be a terrible mistake to cater to such special interests to the exclusion of the rest of the system. That is one reason I go to such great pains to point out that the TSA is completely independent; our only “special interest” is the system in general.

The solution isn’t to “kill all the lawyers”; any reform will also have to involve the courts, judges, plaintiffs, legislation and — yes — society in general, which has been taught that there is honor in victimhood. It’s so easy to be a “victim” that people embrace it rather than even consider that they may have some fault or responsibility in any given situation. It’s a symptom of a sick system, and all the parts need adjustment.