In 1994, Nita Bird was brought to the hospital by her daughter, Janice, for a 20 minute treatment for her ovarian cancer. After an hour, Janice asked what the delay was. About that time the doctor treating Nita called for help “stat” (“hurry”). An hour or so after that, Janice was told there was a complication. 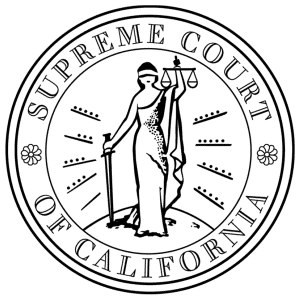 Around 30 minutes later, she saw her mother being rushed down the hall to critical care. Nita didn’t look good: she was turning blue and swelling from internal bleeding. Then Janice’s sister Dayle Edgmon arrived at the hospital, just in time for both sisters to see Nita again rushed down the hall, this time to emergency surgery, still looking extremely ill.

There may have been a legitimate claim for malpractice case, since Nita’s urgent condition was a result of her treatment, not her Stage IIIc cancer, but malpractice might have been pretty hard to prove. So Janice, Dayle and a third sister, Kim Moran, sued for “negligent infliction of emotional distress,” known as “NIED” in the lawsuit biz. Here’s the odd twist: the NIED claim was not about the doctors causing distress to their mother. The suit claimed the victims of the alleged negligent infliction of emotional distress were the three sisters, since having seen the doctors rush their stricken mother to surgery, “which allegedly saved Bird’s life,” was “traumatic” to them! To satisfy California’s three-part test for NIED, they said that they “were all present at the scene of the injury-producing events” and that “they were all aware that [the] Defendants, and each of them, were causing injury to their mother.” The third part is being closely related to the victim.

The Los Angeles County Superior Court threw the suit out, granting summary judgment for the doctors on the basis that the sisters were not in the operating room when Nita’s artery was accidentally nicked during the procedure, and therefore they were not “present at the scene of the injury-producing events.” (Not to mention that the third sister, Moran, wasn’t even in the state at the time of the procedure.)

The three sisters appealed, and a California appeals court reversed the Superior Court decision. Then the defense appealed, and the case ended up with the California Supreme Court which, eight years after the incident, unanimously ruled against the sisters and strengthened the three-part test for NIED.

And that is extremely important to every person in the state of California and, perhaps, the country. Why? If the sisters had prevailed and such a standard had been encoded in to case law, doctors and hospitals would have been forced to make family members stay away when they are treating people for fear of causing emotional distress in family members who see medical procedures, which (let’s face it) can be bloody and painful. Forget that it is often beneficial to the patient to have a family member nearby; medical professionals simply wouldn’t have been able to take the chance had the sisters established such a precedent.

Cheers to the common sense of the California Supreme Court, and a trio Stella Awards to the Bird sisters for putting us all at the risk of not being allowed to be there for our own family members in their times of need.

Dismissed. This case “won” the Stella Award for the most ridiculous case of 2002.

Ruth in Georgia begs to differ about my listing the “Winnebago Case” as Bogus:

“I know the motor home ‘urban legend’ happened, but I don’t think the guy actually sued. My husband talked to him several years ago. He was from somewhere in Europe, in the U.S. for a business trip, and wasn’t familiar with ‘cruise control.’ He was going along Hwy 101 when he tried going to make lunch in the back of the motor home. Anyways, it is a true story, just not a lawsuit story, so you might want to correct your site.”

I think you’re a little unclear on the concept, Ruth. Cars in Europe do have cruise control but, ignoring that, the legend on the Bogus page names a specific person driving a specific brand of motor home who filed a lawsuit and got a very specific reward — none of which the “guy your husband talked to” apparently had anything to do with. The classic form of urban legend is indeed “someone I know said he talked to someone who said…”.

Considering that lawsuits are public record, isn’t it strange that the case mentioned in the bogus “Stella Awards” meme can’t be found anywhere? I agree it’s possible that some idiot clicked on cruise control and walked into the back of a motor home, but I haven’t seen evidence that anyone that did managed to convince a lawyer to take the case on, let alone win. The fabricated case on the Bogus page is just that: fabricated. There’s not a thing to “correct”.

This was truly a close call for Californians. Imagine not being allowed to be with your spouse or child during an emergency medical procedure!